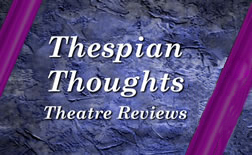 THE BELLS OF WEST 87TH
Former Buffy The Vampire Slayer heart-throb James Marsters proves he can win laughs as well as gasps by wonderfully playing the nerd in this hilarious play.
THEATRE REVIEW by SANDRO MONETTI 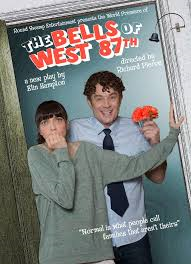 Best known as Spike the studly punk-goth vampire on TV, he transforms into this unlikely stage role as Chris the geeky mini-golf course worker and wannabe poet. 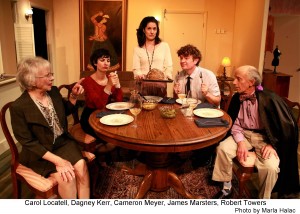 The set up of the play – by former Buffy writer Elin Hampton – is that Chris is going round to his girlfriend Molly’s New York apartment for the first time to meet her family…and what a wacky bunch they turn out to be! 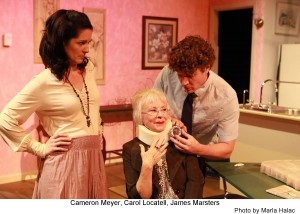 Pushing 40 and still living with her overbearing mother, Molly also feels trapped by her eccentric father living next door and resents her glamorous younger sister for escaping to a seemingly perfect life as a wife and mother. 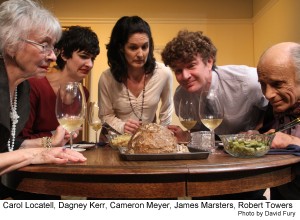 When nerdy nice guy Chris meets this nutty bunch at a dinner party, hilarity and heartbreak are on the menu as family secrets and lies spill out meaning no one’s life will ever be the same again. 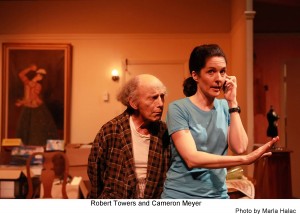 The ensemble work so well together with Cameron Mayer as Molly, Dagney Kerr as the sister and Carol Locatell and Robert Towers as the estranged parents all equally as good as James Marsters in a fast paced play, zippily directed by Richard Pierce, that will makes audiences reflect that maybe our own families aren’t so weird after all – especially compared to this kooky clan. 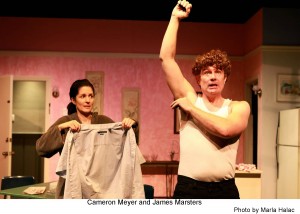 THE BELLS OF WEST 87TH

Fridays and Saturdays at 8pm, Sundays at 6pm until October 13
At Greenway Court Theatre, 544 N. Fairfax Ave, Los Angeles CA 90036
Tickets $34 (but $50 on Sep 15 and Sep 29 when a post-performance Q&A with the cast follows).
Order Tickets at 323 655 7679 x 100 or Greenway Arts
Presented by Round Swamp Entertainment in association with Greenway Arts Alliance 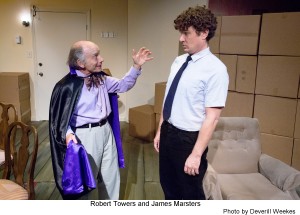 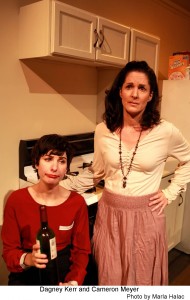 Thespian Thoughts is a column on Actors Entertainment, a channel on the Actors Podcast Network, a Pepper Jay Production.