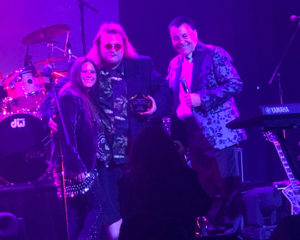 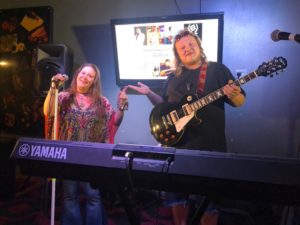 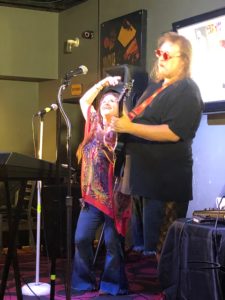 Gypsy Wagyn is a Multi-Award Winning Powerhouse Duo. They perform a high-energy show with an emotional intensity that connects them directly with their audience. Popular cover songs are fun and they love to play them, but their hearts belong to their Original music. Gypsy Wagyn likes to blend songs you know with songs you don’t and pull your heart-strings when you aren’t expecting it.

They met in 2015 when Robyn was performing with “The Robyn Lynnea Band” at KJ’s Bar in Eureka Center, Wisconsin. At that time, the band hired out a sound guy, but he was unavailable for the show. In a scramble, she hired a friend named Ricky Goepfert who said he could run the sound. On the day of the show, we learned that Ricky had never run sound before and he called in his friend Austin Drury to save the day. One-hour to show time and Austin sauntered in the bar with a dirty shirt, unkempt hair hidden under a bandana, and no shoes! The band looked on in horror and teased me for what was shaping up to be a show nightmare. Unexpectedly, Austin created the best sound mix we had ever had. During a set-break, Robyn wandered off to sneak a moment of peace behind an out-building and to her surprise, Austin had the same idea. They sat on a grassy hill and shared a cigarette and talked. They liked each other instantly. They decided to go to an open jam together after the show and it was there where Robyn first heard Austin play guitar. In a room full of heavy-metal musicians, they sat in a corner with his acoustic guitar and improvised the most beautiful song Robyn had ever heard. Later that week, they got together again and started talking about forming a duo.

They began running open jam nights at a bar I worked at called Denny’s Downtown Lanes in Grantsburg, Wisconsin. They had a small following including Ronald Lehner, who offered to help us book our first show at Stryker’s Bar in Superior, Wisconsin. At the time of the booking, they knew 6 songs. With 3 weeks to come up with enough material for a full show, they moved in together. They spent every waking moment together learning, writing and practicing our set. It wasn’t until after their first show that a spark of romance began to ignite and in November of 2015 they became a couple.

In February of 2016, they both entered a singing contest at The St. Croix Casino in Danbury, Wisconsin. The prize was a recording session at The Historic Charter House Recording Studio in Nashville, Tennessee. Robyn won and they took the trip. The studio was expecting a singer with a karaoke disc and were surprised when they showed up with our instruments. They convinced them to let us record 2 of their original songs, “Gypsy Dew” and “Fellow Man,” in addition to 2 cover songs, “Me & Bobby McGee” and “Hallelujah.” When they returned home, they were featured on the front page in 2 local papers, “The Burnett Sentinel” and “Inter-County Leader.” The hype from winning the contest and newspaper articles helped to sky-rocket them into local popularity. They played shows on weekends and both worked full-time jobs until June of 2016 when they had enough shows on the books to take the risk of doing music full-time. In the fall of 2016, they took our first trip to Arizona and began their life of music and touring.

Their musical genre is best described as a blend of Psychedelic-Blues-Funk-Rock&Roll. While they can be very serious and summon emotions from the depths of your soul, they can also be lighthearted and fun depending on what song you are listening to. They have a sound unlike any other band because of the way our musical mastermind, Austin, builds every song using live-loop pedals, live recording and vocal harmonies combined with the sheer power of Robyn’s vocals.

Originality is what sets us apart from everyone else. Think about all the greats in your history: what was it about them that stands out in your mind? They were different. No one sounded like them, no one looked like them. We believe that we, too, are different and unlike any other group. Our definition of originality is a concept that defines a person, song-writer, performer, band or group. It’s like a guideline to remind you to be true to yourself. The feeling of creating something completely original, that no one has ever heard before, can be the most satisfying experience in the life of a musician.

In 2017, they played a show at a variety store called “Addicted to Deals,” in Quartzsite, Arizona where we met Delmontay Slim (a radio dj from Montana) who sent their album to Sad Man Tommy Gun of KBMF 102.5 (Tom Amundson) He was so moved by their music that he booked their first all-original show at The Covellite Theatre, in Butte. While they were in town for our performance, they were fortunate enough meet Prince Siboniso (Sbo) Zulu, the prince of Nongoma, South Africa. He owns a radio station in Nongoma that is sister stations to KBMF Butte. He was in town to visit and film the movie, “Zulu Summer,” which is now available on Amazon Prime. Their meeting allowed Gypsy Wagyn to gift him their album, and they later learned that his father, King Goodwill Zwelithini enjoyed their music with 6 of his wives at The Royal Palace. They have been invited to visit and perform there for King Zwithilini’s birthday when they get our passports. Their friendship also brought us together with the king’s advisor, Thelemusa Welcome, who was involved in a campaign to help bring 100 parcels of food to 100 families in need in Nongoma. They used our tip jar and collected money at shows to donate to their cause which helped bring provisions to 6 families.

In January of this year, they were lucky enough to be extras in an upcoming independent film based on the New York Times best seller by Jessica Bruder called, “Nomadland.” They originally thought we were going to be a part of a college-level film project, but were shocked to learn that it was picked up by Fox/Searchlight. Directed by Chloe’ Zhao, starring Frances McDormand and David Strathairn, it is a story that follows the life of a nomadic woman who lost everything in the 2008 recession and resorted to living in her van. While they were simply extras, the experience gave them a lifetime of memories and stories to tell, and the spark of a new dream.

Recognized twice by The 2019 Producers Choice Honors FAME Awards for “Best of Las Vegas: Outstanding Musical Duo” and “Outstanding Producer, Composer Arranger in Original Music.” Gypsy Wagyn can only imagine what lies ahead in 2020! 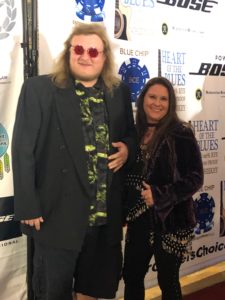 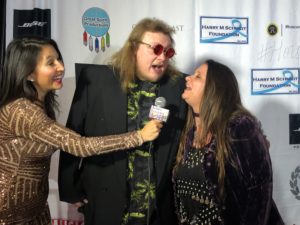 Since the November Producers Choice Honors Awards show, things have started to take off for Gypsy Wagyn. At the event, they met with film producers who took a great deal of interest in the music they performed at the event. Within three weeks, they landed a deal to record the sound-track for an upcoming short film and also have an offer on the table to compose music for up to 3 films a year through an international film producer. The first opportunity will bring them to Ft. Lauderdale, Florida in the new year, to work with Glen Kolotkin on producing the first song for the movie. In addition to opportunities opening up in film, we have been invited to be guests on Sidebeat Music with Pepper Jay in December, 2019.