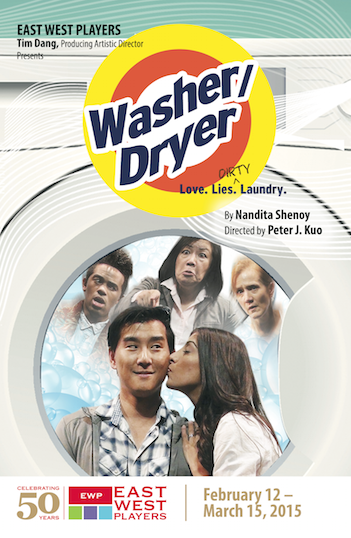 Sometimes, just sometimes, like with an athlete’s perfect performance in the Olympics, there is nothing to fault. Such is the case with this magnificent new comedy – a triumphant coming together of acting, directing, writing and timing. 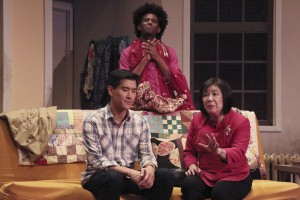 The situation in the world premier performance at LA’s East West Players is straightforward but the execution of it is extraordinary.

Ewan Chung’s Michael marries Rachna Khatau’s Sonya after a whirlwind romance and moves in at her tiny studio apartment which contains little more than a washer/dryer. But the Manhattan apartment building only allows single occupancy and the objections from Nancy Stone’s snooty building boss Wendee are nothing compared to the objections from Michael’s fearsome mother Dr Lee, played by Karen Huie, who opposes the wedding. When gay neighbor Sam, played by Corey Wright, shows up, the newlyweds hatch a wild deception scheme which could solve all their problems. 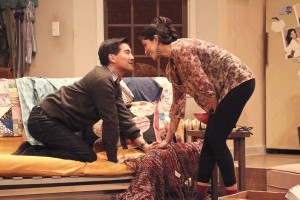 What results is the funniest play I’ve seen in a year as director Peter J Kuo superbly handles the farce and family dynamics to bring Nandita Shenoy’s hilarious script gloriously to life. 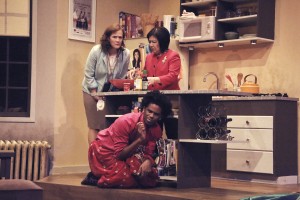 After you see it, Washer/Dryer’s tale of love, lies and laundry will be spinning around your head for ages. 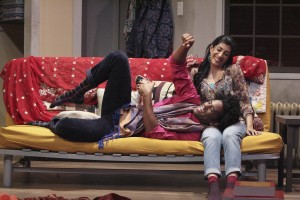 Wednesday thru Saturday at 8pm and Sundays at 2pm until March 15 2015.