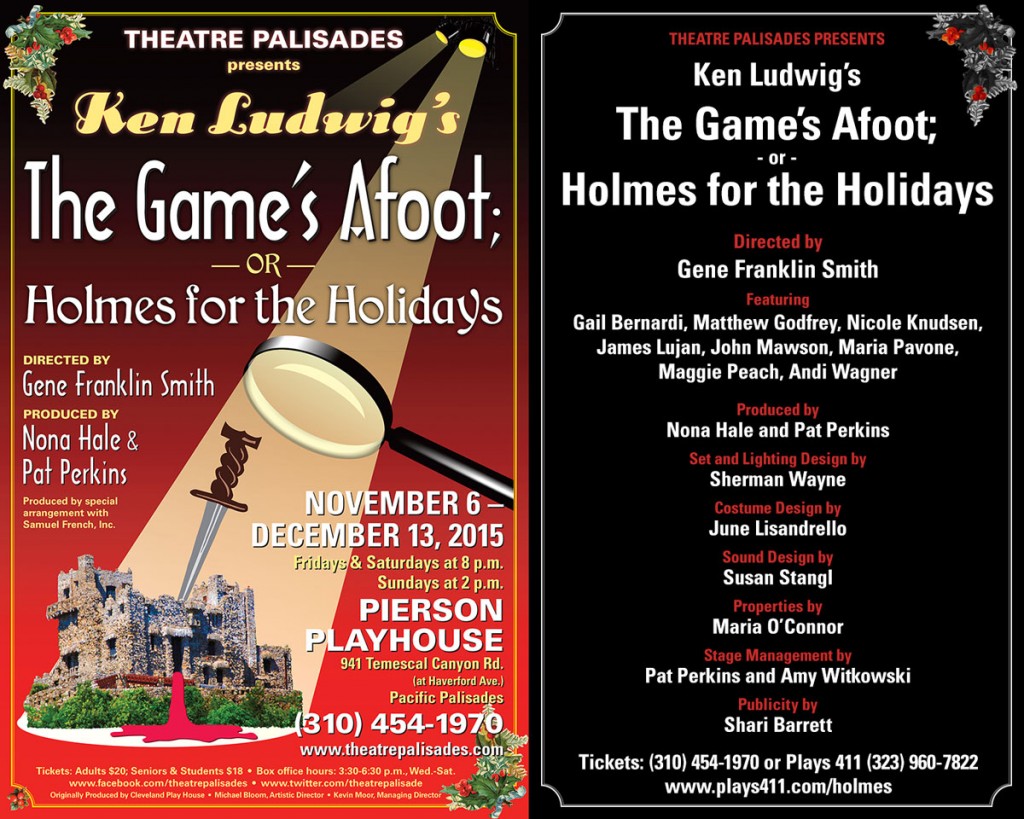 When a theatre critic gets murdered in a house full of actors, there’s obviously no shortage of suspects. 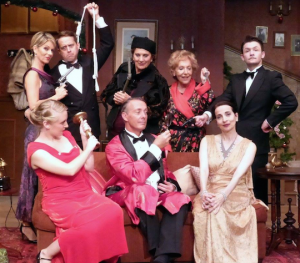 Figuring out who did the deadly deed and even if the victim is really dead is all part of the fun in this fast moving comedy thriller.

Heading the cast while oozing authority, pomposity and killer comic timing is John Mawson as William Gillette, an actor just a little too obsessed with Sherlock Holmes. 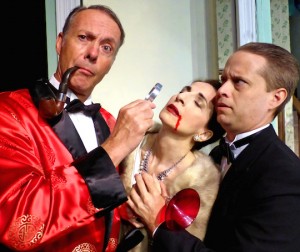 He has invited his actor pals over for Christmas Eve but they’re all hiding secrets, one of which may lead to murder.

The host thinks his expert knowledge of Sherlock Holmes will give him a better chance of figuring it all out faster than the police inspector who is called to the scene. 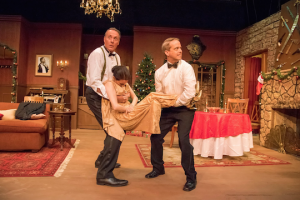 Director Gene Franklin Smith runs the show with such an assured touch he guarantees the audience will be too busy laughing at the slick silliness to turn sleuth themselves and solve the mystery behind the mirth.

The Game’s Afoot or Holmes for the Holidays

It is December 1936 and Broadway star William Gillette, admired the world over for his leading role in the play Sherlock Holmes, has invited his fellow cast-members to his Connecticut castle for a weekend of revelry. But when one of the guests is stabbed to death, the festivities in this isolated house of tricks and mirrors quickly turn dangerous. Then it’s up to Gillette himself, as he assumes the persona of his beloved Holmes, to track down the killer before the next victim appears. The danger and hilarity are non-stop in this glittering whodunit set during the Christmas holidays.

Fridays, Saturdays and Sundays until December 13