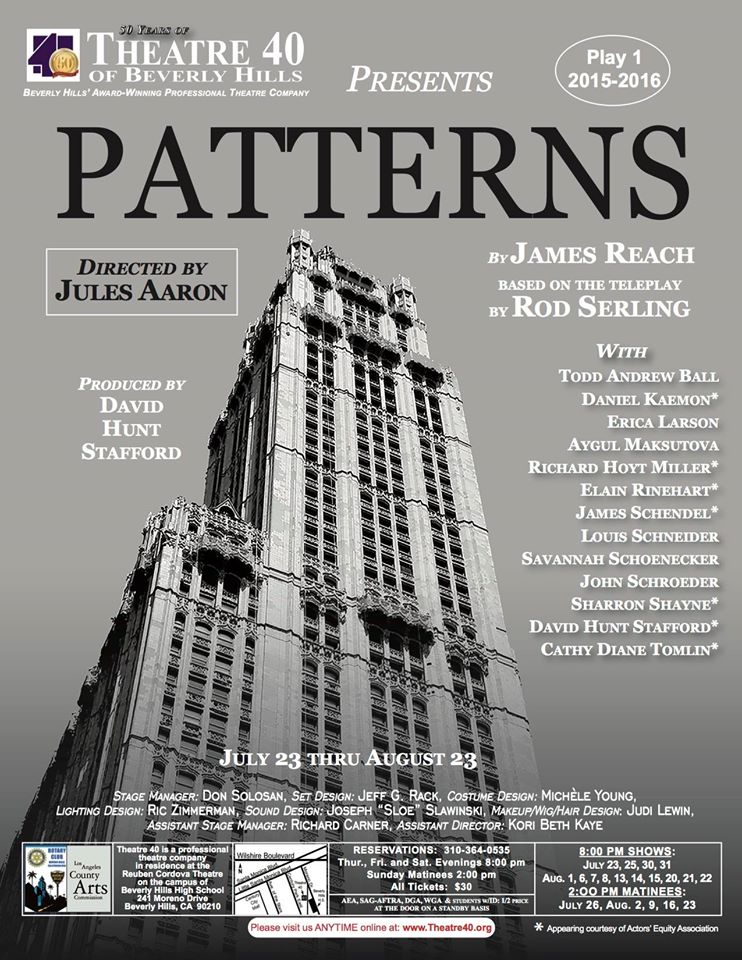 Patterns may have been written 60 years ago but the corporate politics at the heart of this gripping drama are timeless. 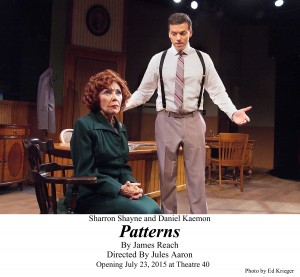 A ruthless business titan brings in a youthful executive in the hope of forcing out the company’s aging vice president and by doing so sets in motion a boardroom battle between conscience and ambition. 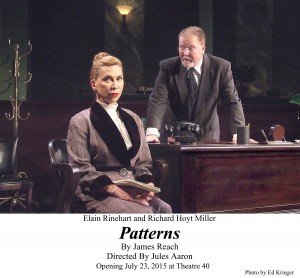 Originally a TV movie, this is the script on which Rod “Twilight Zone” Sterling made his name and the stage adaptation by James Reach retains the power and poignancy of the stirring source material. 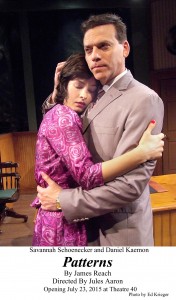 The cast, costumes, set and sound all perfectly capture the atmosphere of the executive floor of a big corporation in 1955 New York. 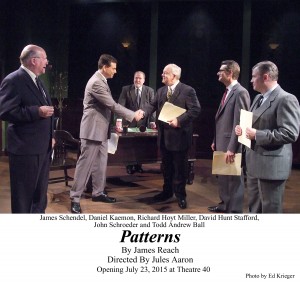 James Schendel is especially effective as the nice guy veteran on the way out and so too is Daniel Kaemon as the sensitive newcomer on the way up. 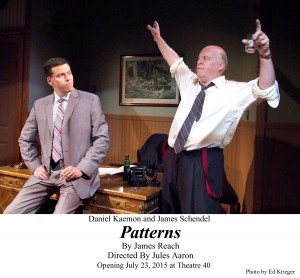 Director Jules Aaron ensures the manners, etiquette and attitudes match the time period ensuring what what goes unsaid is every bit as important as the spoken words. 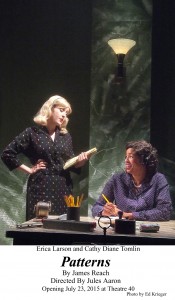 There are some terrific plays on stage in LA at the moment, including Orphans at Theatre of Note, The Glass Menagerie at The Sherry Theatre and Actors Co-Ops’ just completed An Evening with CS Lewis all contenders for show of the summer, but nothing comes close to Patterns.

This one is a triumph for Theatre 40 and a wonderful way to launch the company’s 50th season in Beverly Hills.

PATTERNS
By James Reach, based on the teleplay by Rod Sterling