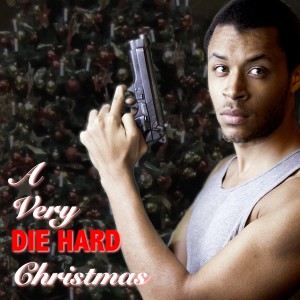 I haven’t laughed as loud and as long all year as I did at this ridiculously enjoyable stage parody of classic action movie Die Hard. 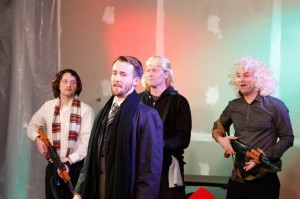 A loving send up of the Bruce Willis bullets and bloodshed blockbuster, with songs, puppets and Santa thrown in, this show is a Christmas present to audiences. 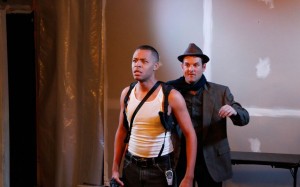 The seasonal touches are sprinkled in because the 1988 movie was set on Christmas Eve – when a gang of crooks try to steal millions from a Century City office building only to be foiled by a resourceful and determined off-duty cop. 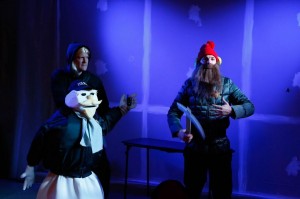 In the same way that stage versions of other festive favorites like It’s a Wonderful Life and A Christmas Carol have become theater perennials at this time of year, I think A Very Die Hard Christmas has the
goods to keep packing in the crowds every December for years to come. 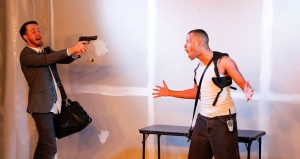 You should try hard to get a ticket to this production in North Hollywood where director Gregory Crafts gets his talented cast of seven to land every great joke in the superbly silly script by Die Hard fan Josh Carson. 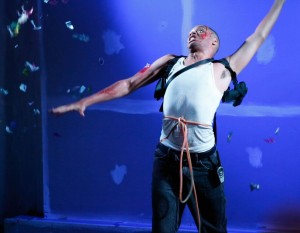 Look out especially for David Foy Bauer who brings great charm and a great singing voice to the role of despicable bad guy Hans Gruber. 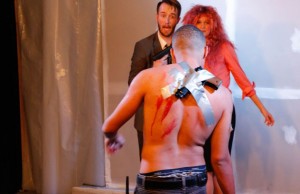 Yippee Ki-Yay, this one’s a winner.

Thursdays, Fridays and Saturdays at 8pm until December 19th, 2015