Cornelia is a woman with a secret…she’s cheating on her stuffy banker fiance with a hunky artist. 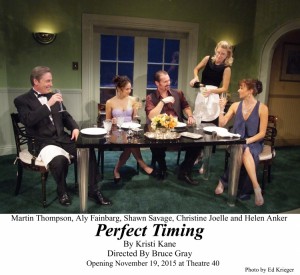 But as her deception starts to unravel, keeping one of the men in her life, let alone both, soon proves challenging.

Then a love rival shows up in the pint-sized shape of a French sexpot and that’s when her problems really mount up. 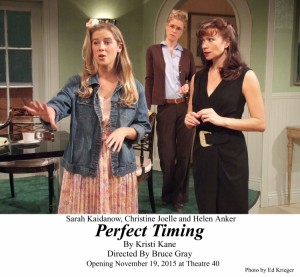 This relationships comedy goes from mildly amusing at the start to outrageously funny in the second half when secrets and lies pour out at a perfectly hilarious dinner party. 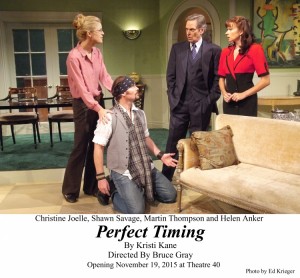 The play is set in London and convincing English accents sadly prove beyond some of the otherwise excellent cast. 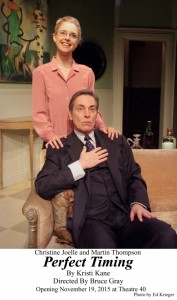 But that’s not a problem of course for British actress Helen Anker who plays Cornelia with a winning mix of grace, guile, arrogance and vulnerability.

Her best scenes are shared with Aly Fainbarg who gives a memorably showstopping turn as love rival Lulu.

A word too for Martin Thompson as spurned fiance Alex. He has taken on a wide variety of roles for Theatre 40 in recent years and has been impressive in every single one of them.

Thursdays, Fridays and Saturdays at 8, Sundays at 2 until December 21.