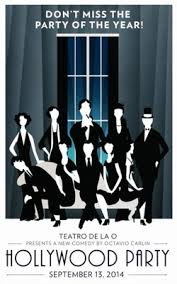 When one of LA’s top fashion designers writes and directs a play set at an elegant showbiz party, you know the costumes are going to be divine.

But if only the number of laughs at Octavio Carlin’s 1920s set comedy had matched the gasps which greeted each of the leading lady’s stunning dresses, he would have shown himself to be a master of farce as well as fashion. 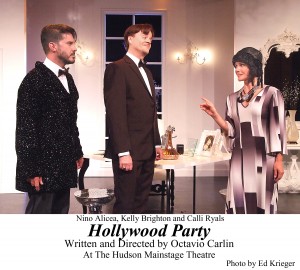 The best decision he made here was casting charismatic Calli Ryals as that leading lady and her live-wire performance, in a range of roles including Joan Crawford and Greta Garbo, keeps the show’s energy up. 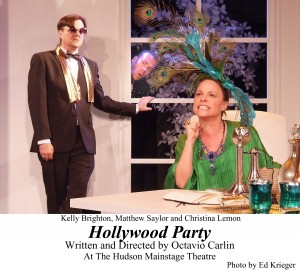 The storyline sees a pair of starstruck small time actors working at a party packed with superstars when they stumble across a complicated criminal plot and that’s the cue for plenty of door slamming, cross dressing, mistaken identity and other standard farce material. 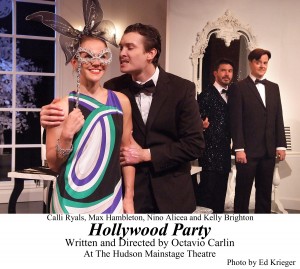 Some of the actors lack the perfect timing required for such fast paced fun and that imbalance, combined with the absence of an intermission, means the show limps rather than races to the finish.

However if Carlin can quickly help them all find the right pace for the piece over the course of the play’s run then Hollywood Party could yet still be a bash worth RSVP’ing for.

A New Comedy by Octavio Carlin 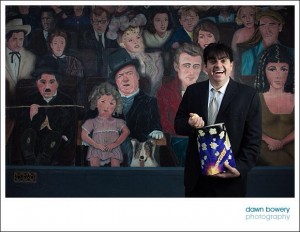