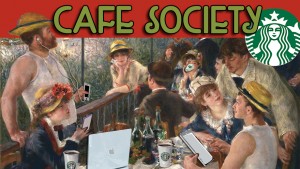 Sometimes the simplest ideas for plays are the best ones…case in point this relatable, hysterical and fiendishly clever world premiere at LA’s Odyssey Theatre. 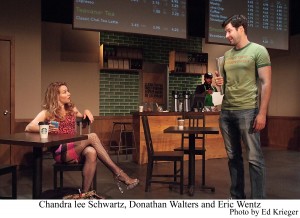 It opens on a very familiar scene in modern life…five self-absorbed strangers sitting in a Starbucks all wrapped up in their own lives, laptops or cellphones. 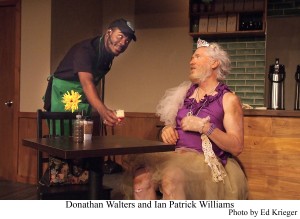 But they are soon forced to look up from their screens and battle for survival when an agitated young man bursts in carrying a bomb and a detonator threatening to blow the place up in protest at the coffee chain’s corporate greed. 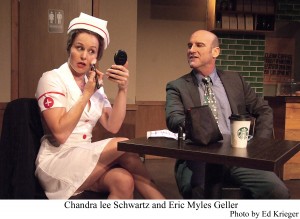 The comedy comes from the all too real reactions to this dilemma from the hostages – who include a screenwriter and an actress who see an opportunity to make a hit movie based on this incident, if they can just survive it. 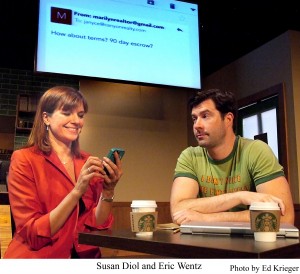 The drama comes from the depth of the characters – all of whom are troubled by their own setbacks and sense of injustice at the world, which gives them a certain amount of sympathy with the hostage taker. 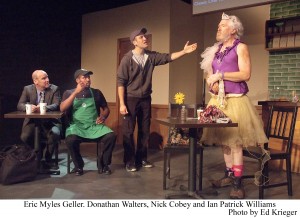 It’s delivered with so much truth and pathos by writer Peter Lefcourt and director Terri Hanauer and especially by actor Ian Patrick Williams as the most interesting of the customers, a financially ruined CEO turned homeless eccentric who has gone off the deep end mentally and now thinks he’s Russian Grand Duchess Anastasia. 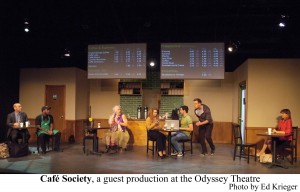 How it all turns out will keep you guessing right up until the end and the finish is an absolute triumph. 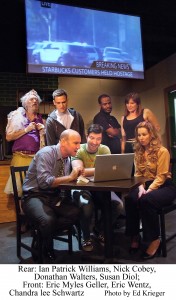