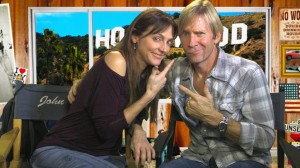 Nancy Pimental is a writer and executive producer of the TV hit Shameless (Showtime), with William H. Macy. Nancy performed stand-up and improv comedy and was hired as a writer for Comedy Central’s animated hit, South Park. Nancy is also the writer of The Sweetest Thing, with Cameron Diaz, Thomas Jane, and Christina Applegate.