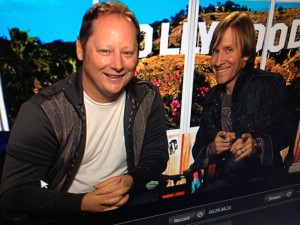 Steve Mazan
Steve Mazan was born May 22nd 1970 in the suburbs of Chicago, Illinois. He is the youngest of three children. Upon graduating high school he joined the U.S. Navy and served aboard a submarine for over 4 years. After leaving the Navy, he attended Northern Illinois University in DeKalb, Illinois, and graduated with a bachelors degree in Broadcasting and Media.

After college he moved to San Francisco, and in 1999 started doing stand-up comedy. He quickly started getting work and touring the clubs across the country. Steve also became a member of the Bay Area Theatre Sports (BATS) improvisational company, as well as several local sketch groups. He was also a resident of the famous “336 Comedy Condo” that housed only comedians for 15 years–former residents included Dana Gould “Malcom in the Middle” producer Alex Reid and many comic couch surfers like Louis CK and Janeane Garafalo.

In 2003 he started performing regularly for troops in Iraq and Afghanistan as part of The Comics On Duty project. Relocating to Los Angeles in 2004, Steve began performing at the local clubs. In addition, he has performed audience warm-up duties for shows such as “Deal or No Deal” and ‘The Late Late Show” and “Dr. Drew’s Lifechangers”

Diagnosed with cancer in his liver, in 2005, Steve became active in fundraising on many fronts. In addition to forming his own fund called LaughStrong, he has teamed up with The Walter Payton Cancer Fund to bring more money and attention to the disease.

In 2011, he started a documentary entitled “Dying To Do Letterman” chronicling his journey to reach his lifelong dream was completed and began winning both audience and critic awards at film festivals across the country. The film is scheduled for wide release in 2012.

Steve lives with his wife in Culver City, California. 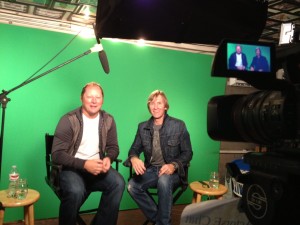