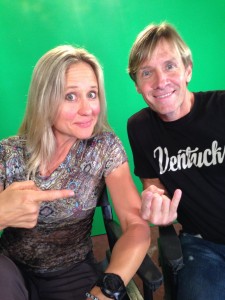 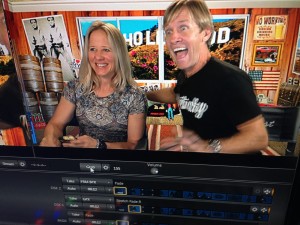 Lang Parker came to national attention on the Emmy-nominated NBC show “Last Comic Standing.” She floored judges when she came out in her rough tomboy attire and asked, “Have you ever been mistaken for a lesbian?” Judge Buddy Hackett said flat out, “You are a star!”
Born and raised in Muskego, Wisconsin, Lang has audiences doubling-over with laughter when she describes how hard it is for a backwoods girl to be feminine. “Yeah, I played with Barbie. I strung her from a willow tree and shot at her with a BB gun.”

Lang’s television credits include: Beverly Hills 90210, a just-completed-pilot called “Women’s Work”, and over three dozen national commercials. She was also the winner of the California Funniest Female Contest in 2008.

Lang has spent time entertaining our troops overseas with the USO, currently she’s touring the nation’s Comedy Clubs, entertaining audiences with her real-life stories of a Wisconsin girl trying to deal with the glitz of Hollywood.