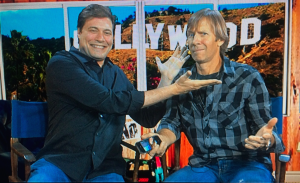 After working foryears as a television writer and stand-up comedian, Jason returned to his firstlove, football, as the first Jewish varsity head coach in the history of St.Monica’s Catholic High School. Teacher ofthe Year is his first feature film.