The Stevie D. Show with Actor and Comedian Johnny Sanchez 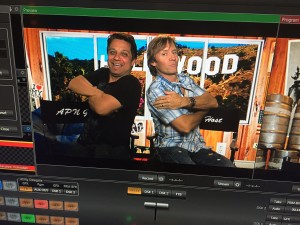 JOHNNY SANCHEZ has toured with Louie Anderson, “The Latin Kings of Comedy” with Paul Rodriguez, The Caribbean Comedy Classic with Cedric The Entertainer and Tommy Davidson and he recently taped the “Stand Up For
Family” special in Atlanta wtih Bill Bellamey and Deon Cole. Other TV appearances include the “HBO Comedy Showcase”, “The Late, Late Show” on CBS, “Comics Unleashed” on ABC, the “USO Comedy Tour” and his own “Half Hour Special” on Comedy Central. And being a part of Showtime’s hit “Payaso Comedy Slam”, he starred and Executive Produced the “3 Non Juans” for Showtime which was released on DVD, itunes and Hulu. And he was one of only a handful of comedians personally chosen by George Lopez to appear on “Lopez Tonight”.

He was also a cast member on FOX’s hit sketch comedy series MADtv for the shows last two seasons. Which garnered him an ALMA Award Nomination for “Outstanding Male Performance in a Comedy TV Series” his very first
season. Losing out to some kid named Charlie Sheen. Johnny also lent his voice to the Oscar Winning Animated film “Happy Feet”, as Lombardo, alongside Robin Williams and Elijah Wood. And he spent three weeks in Sydney, Australia reprising his role in “Happy Feet Two”. He was then cast as one of the lead characters, hilariously named Quesadilla, in the independent comedy film “Taco Shop”. He then guest starred in two episodes of FOX’s “Raising Hope” and did a recent guest star on Comedy Central’s “Key & Peele”.