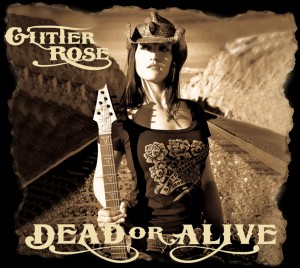 Glitter Rose has a Southern heart, and a Rock n’ Roll soul. Outlaw Southern Rocker, From Ft. Worth, Texax, this left handed guitarist owns the stage with her amazing charisma and defining Southern Rock sound
GR is a veteran in the music industry starting professionally at 13 years old in 1998.  She is an accomplished guitarist, a simply genius songwriter, and has vocals packed with power, grit, and originality.  Her live show is that of legends, captivating the audience with her high energy performance, and her passionate presence.  GR has great love and admiration for her fans, stating “They are the reason I make music.  If I can evoke emotion and excitement in one person in the crowd, I’ve done my job. It brings me great satisfaction to touch people with my songs and my performance.”
Sidebeat Music caught up with GR at the Hard Rock Cafe Hollywood on Hollywood Blvd, where she performed an acoustic set and one with her band. 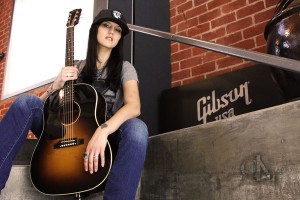 GR is a 2 time winner in the 2013 Artists In Music Awards for Best Rock Artist and Album of the Year for Dead or Alive. Mickey Jayy joined Glitter Rose back stage and chats with our Sidebeat Music audience.

Glitter Rose was also nominated for 2 Los Angeles Music Awards in 2012.  In 2013, she was honored with the prestigious nomination for Texas State Artist – State Musician by the Texas Commission on the Arts and was chosen as one of the Top 3 Bands in Los Angeles, CA for Hard Rock Rising 2013 Global Battle of the Bands.  GR’s time is definitely here. Her music is being recognized by some of the most prestigious programs in music, paving the way to stardom for this deserving and hard working artist. 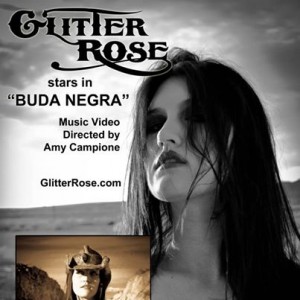