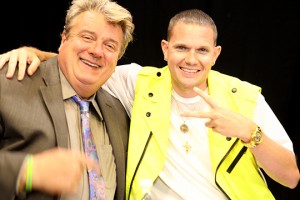 Music has always been a part of Lucky’s life. Throughout his childhood and teen years, he participated in chorus, vocal ensemble, and show choir, performing locally and statewide. This instilled him with stage presence and a sense of showmanship from an early age.

His passion for music has only continued to deepen. In 2008, Lucky released his first EP, Welcome to My World, produced by Matthew “Teezy” White with More Than Music Productions at the Baker Boyz Entertainment recording studio. He has also recorded with Rufus Blaq, who he met while performing at Packard Music Hall in Warren, Ohio, and has opened for Jae Millz of Young Money. His singles “Narcissist” and “Love Has a Mind of Its Own” have filled dance floors from Eastcoast to Westcoast. Also “Narcissist” has been on 100 radio stations throughout the us.

In 2010, Lucky experienced a tragic setback when he lost his manager and close family friend, Milton Chmielewski, suddenly. During this time, Lucky turned to acting, auditioning for and starring in numerous commercials, television shows, and movies. His resume includes roles in The Vampire Diaries, Drop Dead Divas, House of Cards, Veep, and Fast & Furious 7 etc. He signed to Linda Townsend Management Inc. for acting 5 yrs ago while residing in Maryland. He continues his acting career in Atlanta through numerous connections and industry personnel met upon working in productions on set.

While he was in Atlanta filming for FF7, he met A&R Executive Rob Medley through a chance encounter in a hotel lobby. Medley heard Lucky sing and soon introduced him to his business partner, Grammy-nominated producer Eric “88 Fingaz” Parham. Shortly afterwards, Lucky was signed to Keys2Life Entertainment, LLC, whom now branched out to The Nice Guyz and started laying down tracks like “Idolize Me”, “Luv Under Pressure”, and “Party Life” with 88 Fingaz and Rob Medley at Tree Sound Studios.

Lucky is eager to take his career to the next level and share his passion with the world. He has the looks, talent, and experience to launch the next wave of music. With his positive spirit and incredible work ethic, he will be creating smash hits far into the future. 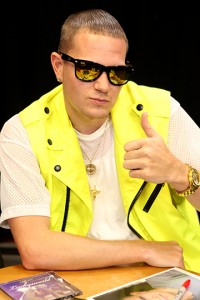