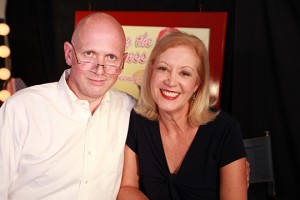 Philip Dobard is Vice President of the SoFAB Institute, home of the Museum of the American Cocktail (MOTAC), Southern Food & Beverage Museum, SoFAB Center for Food Law, Policy & Culture, SoFAB Culinary Library & Archive, and SoFAB Media. He plays an integral role in all SoFAB programs, anchors the organization’s growing West Coast presence, and produces the Farm to
Table International Symposium, Culinaria Query & Lecture Series, and Touring the Cocktail, MOTAC’s multi-city mixology series. He’s producing a new series for Nickelodeon (Deadtime Stories) and a slate of food and drink-focused projects under the SoFAB Media banner. Philip completed graduate studies at the University of California, Los Angeles and the University of New Orleans and undergraduate studies at Loyola University. With Liz Williams, he’s co-editing a book that seeks to answer the question: Is Food Art?

Philip’s work spans film, television, and theater production, higher education, and live performance. He has produced more than three dozen operas and other theatrical properties, perhaps most notably two world premieres: Lysistrata, or The Nude Goddess (New York City Opera and Houston Grand Opera) and Somebody’s Children (Lyric Opera of Kansas City), and acclaimed revivals of The Magic Flute (Hawaii Opera Theatre) and The Threepenny Opera (Arizona Opera and Vancouver Opera), and presented some of
opera’s leading artists in concert. At the University of New Orleans, he directed the Graduate Program in Arts Administration and conducted research sponsored by the National Endowment for the Arts and the Pew Charitable Trusts. He served as General Director of both Opera Columbus and Pensacola Opera and Adjunct Professor of Arts Policy and Administration at The Ohio
State University. He currently is an advisor to the Art Institute of California – Los Angeles.

A musician trained in both the classical and jazz traditions, Philip has extensive performing experience. As a singer, he was a frequent concert soloist and appeared in over 100 staged productions, portraying a wide range of operatic roles. As a conductor and music director, he led countless performances. As a guitarist, he founded the pop-rock ensemble, The Murmurs, and performed with a number of big bands and jazz combos in his native New Orleans. Composing credits include Michael Merino’s Hemispheric
Dysfunctionalism and the Cortical Titanic.

Philip, a resident Angeleno but native New Orleanian, has deep roots in Southeast Louisiana and strong ties, both familial and professional, to the region’s food culture. One grandfather, perhaps best known for pralines made with the fruits of his own pecan grove, kept honeybees, worked the fertile land of St. Bernard Parish, and even maintained a snoball stand.

The other grandfather regularly cast for shrimp from the southern shores of Lake Pontchartrain and taught Philip to shuck oysters. One grandmother grew up on a sugar plantation in Houma. An aunt once farmed soft-shell crabs on Bayou La Loutre. An uncle introduced him to night trawling. Another uncle worked as a brewmaster at Jackson Brewery. Other family members, among them hunters, shrimpers, and oystermen, still harvest the bounty of the region’s waterways and forests. Many weekends of his youth were passed crabbing or crawfishing aside one or another rural road. Now Philip, a self-described
gastronome, enjoys the fantastic fruits of a family of great cooks.

One Response to “Savoring the Sweetness with Philip Dobard / SoFab Institute”