Savoring the Sweetness with Actress Eugenie Bondurant and Peggy Sweeney-McDonald

Savoring the Sweetness with Actress Eugenie Bondurant and Peggy Sweeney-McDonald 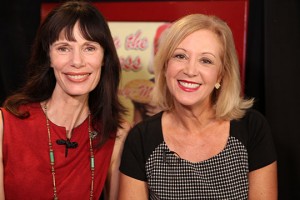 Actress Eugenie Bondurant (Tigris in The Hunger Games: Mockingjay, Part 2) is our guest this episode of Savoring the Sweetness with our Southern Belle Host Peggy Sweeney-McDonald.

After graduating from the University of Alabama her career in the entertainment industry started when a modeling scout saw her on the streets of New Orleans. Within a short time she was modeling on runways from New York to Paris. She was soon a working model in the U.S. and Europe. A modeling trip to Los Angeles led to an acting career. She created a string of bizarre characters in TV and film – including Fight Club (with Ed Norton), Saturday Night Live (with Madonna and Mike Myers). She tossed around comedian Gene Wilder while playing Alice Cooper’s favorite Dominatrix on the TV series Something Wilder. And on HBO’s Arliss, she played a transvestite who lured a strait-laced athlete into a night of sin. In the indie feature, Donald and Dot Clock, her character bonded with a house-full of rodents.

She is also a cabaret singer, appearing in the American Songbook Series with Paul Wilborn and Blue Roses and a founder of The Radio Theater Project. A well-known on-camera and a Meisner acting coach, Bondurant, is a staff member at the prestigious Patel Conservatory.

Along with acting, she has a BA in Finance.