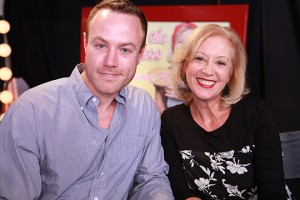 Paul Zahn is a celebrity “brand-tender” with over ten years experience in the event and spirits world. Paul got his start as a nightlife ambassador working with some of the biggest brands in the world including Stoli Vodka, Bombay Gin, and Cruzan Rum. Simultaneous to this, Paul assisted in marketing the Broadway debut of breakout songstress, Ariane Grande in the musical 13 as well as Liza Minnelli’s hit show Liza’s At The Palace.

Paul spent 4 years working for Absolut Vodka creating marketing campaigns and traveling the country to train the staff’s of some of the hottest nightlife outlets. Paul ushered in the partnership between RuPaul’s Drag Race, Logo and Absolut Vodka. He also helped roll out new flavors including Pears, Mango and several of the city flavors. During his time with Absolut Vodka, Paul mixed up cocktails with everyone from Adele to Michelle Williams to Patti Labelle.

In 2009, Paul was approached to launch a new low calorie vodka owned by pop stars Fergie and Pitbull in Los Angeles. Paul managed the brand owners and also spearheaded all the marketing and mixology efforts behind the brand. He also spearheaded a partnership with Melissa Gorga, one of the stars of The Real Housewives of New Jersey. Paul prepped and mixed up cocktails for these celebrities on every show from The Ellen Show to Rachael Ray to Late Night with Jimmy Fallon.

In January 2013, Paul began his own consulting business mixing things up for emerging brands and celebrities. Most recently he designed the cocktail menu for Fergie’s Baby Shower and has been mixing up cocktails with Enrique Inglesias’ rum. His new web series, Tipsy Television is launching in February of 2014. Tipsy Television is your one stop shot for all things tipsy from which celebrity is launching a liquor brand to trends in mixology to taking you inside some of the hottest nightlife outlets in the world.

Paul was named Who’s Who To Watch by LA Confidential Magazine in 2013. He has also appeared in OK! Magazine, Beverage Industry News Magazine, The Tasting Panel Magazine, among others. He has appeared on a variety of television and web based shows. He writes a weekly column for LOL-LA.com focusing on lifestyle and hospitality. He can been seen on an episode of CNBC’s new show Restaurant Kickstart in July, 2014.