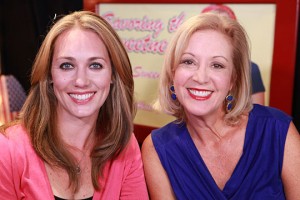 Lindsay Taub is an award-winning journalist with over a decade of experience as a writer/editor, producer and photographer covering travel, lifestyle, culture, arts, food, health, and all facets that make life a journey.

She calls Los Angeles home when she’s there, but prefers to leave the city for the mountains and open spaces as often as possible. She loves cooking, gardening, live music, hiking with her three rescue dogs, and nothing beats cheese and wine during a spectacular sunset. If you can’t find her, she’s trekking through a jungle, seeking a seeker, admiring wildlife, or on a plane, quite possibly jumping out of it when the adrenaline junkie is at her best.

Lindsay is proud of her Estonian heritage and has traveled to more than 34 countries (and counting) on five continents. A part of her heart was captured by the wilderness and beauty of East Africa, and she was thrilled to add Asia to her list, visiting Japan and Malaysia for the first time in 2013.

Lindsay’s professional passion is storytelling. She contributes to a number of print and online media outlets including The Tennessean, Smarter Travel, Travel + Leisure (digital), The Culture-ist, American Way, Johnny Jet, Peter Greenberg, Travel Dudes, and Green Living, and has published in Boston Magazine, The Boston Phoenix, The Patriot Ledger, The Land Report, Cesar’s Way, Lääne Elu, and many others.

Lindsay has received journalism awards from the Society of Professional Journalists (SPJ), the Association for Education in Journalism and Mass Communication (AEJMC), and received a Eureka! travel writing award from Visit California in 2013.

Along with her favorite travel gal pal, Lanee Lee Neil, Lindsay is the co-founder of the female-centric, fierce and flirty Voyage Vixens™ brand, that seeks to open travelers’ minds to getting out of their comfort zone, experience new cultures, and partake in scream-your-lungs-out adventures.

Lindsay is also the managing editor of The Pacific Punch (the West coast expansion of Pamela’s Punch) and works with a number of independent clients as a writer and editor, consulting on PR, brand development, and social media strategy.

Lindsay was previously a producer for MPH Entertainment, with projects that included “Hot Spots with Johnny Jet” on Travel Channel, and “The Mommy Docs” of OWN: The Oprah Winfrey Network’s “Deliver Me.” She also served as the content director for Cesar Millan, Inc. (National Geographic’s Dog Whisperer with Cesar Millan), where she wrote, edited and planned website content production, managed social networks, and collaborated on appearances, media, and brand synchronicity.

She was “the voice” of Cesar for various writing and media initiatives. In a year and a half, she more than tripled Millan’s Twitter followers and increased his Facebook following from 330K to 1.4 million. As a result, and in addition writing for a number of media outlets as a journalist, Lindsay now works with various brands to strengthen their online presence and overall public messaging and outreach.

Originally from Los Angeles, Lindsay began her journalism career as an investigative reporter at the Natural Resources News Service in Washington, D.C., where she developed and disseminated in-depth stories focused on environmental and health-related matters to mainstream media outlets, including The Washington Post, Wall Street Journal, “Dateline,” and “World News Tonight.”

One of her investigations — a story published in the WSJ on the government’s foot dragging in setting safer regulatory standards for arsenic in drinking water — led to the EPA lowering acceptable arsenic levels from 50 to 10 ppb.

After moving to Boston, Lindsay became a daily reporter and wrote features for The Patriot Ledger in Quincy, Mass. During that time, one of her stories for The Boston Phoenix – an investigation into a possible wrongful conviction – won first prize in the Society of Professional Journalists (SPJ) Mark of Excellence national awards. The article also received first place nationally for Magazine: Investigation and Analysis from the Association for Education in Journalism and Mass Communication (AEJMC).

The accused man was released from prison a year after the story ran. She has appeared as a panelist on “News Night” (New England Cable News), and as a guest on “Here and Now” (WBUR, Boston’s NPR affiliate).

Lindsay left her journalism roots for a couple of years when an opportunity arose to join one of Boston’s largest PR firms, Regan Communications. While she quickly made an impressive impact with clients, her journalistic background became a conflict of interest. In 2006, Lindsay branched out on her own and has been a freelance writer/editor and media consultant ever since. During her three years in Austin, Texas before relocating back to Los Angeles, Lindsay was on the adjunct faculty at Austin Community College, teaching journalism and mass communication courses.

She is a member of the Adventure Travel Trade Association.