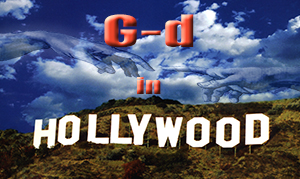 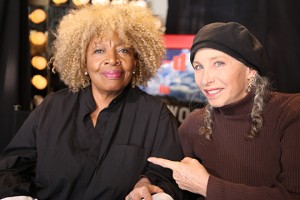 G-d in Hollywood on Actors Entertainment with Dr. Frankie

Dr. Frankie is a Esteemed Motivational speaker delivering amazing life changing Speeches for a large platform of listeners.which include Events and and structured Life Coaching seminars for churches, schools,and high-profile charity events. She usually opens her Sermons with, “I come to tell You … What Love’s got to do with? The answer is “Everything that has to do with LIFE, evolves around LOVE.”

Dr. Frankie has been honored with this opportunity and greatly enjoys the Love and care provided for her as she travels and Ministers around the United States and abroad’ for many amazing, fun and often times life changing Crusades, Conferences, and exclusive retreats. Dr. Frankie’s Ministry is known to bring an atmosphere of excitement; Exploding with laughter, hope, joy and knowledge. She has been Anointed to usher in a Prophetic Word to give men and Women a purpose of hope for God’s Divine Destiny in their lives and has a rare special gift of captivating the youth with every anointed inspiring word.

Dr. Frankie’s Untraditional Style to Teach, Preach, and Reach (#TPR) brings a Fresh Fragrance of God’s Word that is Undeniable. During her Years in Ministry, her love for sharing her gift is a very viable Part of her life and an undeniable God-given gift for the power to connect. #PTC

Dr Frankie cautiously excepts the many hats she has been honored graciously by God to wear as she fulfills her role and purpose impacting and leaving a stamp of survival with each life she encounters in this beautiful Earth’s Kingdom that God has provided for us all.

Dr. Frankie’s experience of 30 years in ministry and traveling and sharing her gift around the world includes National District Elder, District Missionary, I will Survive Woman’s Ministry, The Moving Church Ministries, and working to Support Breast Cancer Awareness.

Dr Frankie’s amazing story of strength, beauty, and life makes an unforgettable imprint leaving you with her beautiful smile on your mind and humming that famous melody of survival in your heart from none other than her incredible ‘whats love got to do with it.’

G-d in Hollywood Hosts
The hosts of G-d in Hollywood, Todd Coconato, Brenda Epperson, and Pepper Jay are on a mission! A mission to stand for what is right and positive-IN HOLLYWOOD! Todd Coconato is a Speaking Pastor and Worship Director who preaches a powerful message of true healing. Todd is a radio talk show host that is dedicated to his cause of informing and equipping the those who have the same passion to be a light in the darkness. Brenda is a singer and an actress (best know for her 8 years as a lead on The Young and the Restless) and a wife and a mommy, one of the founders of Women’s Ascend, and she has God & music in her soul. Both believe that GOD is up to something good in Hollywood!