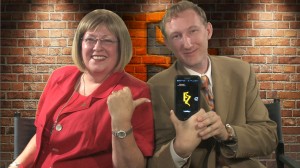 Kim Marie began her LeTip adventure as a member in the Banker category. Before long, her enthusiasm caught the attention of LeTip’s founder, Ken Peterson. Wanting to meet this dynamo, Ken invited Kim Marie to the corporate offices in San Diego. Within hours of meeting her, she was offered the position of Regional Director/Arizona. Within a two years, Kim Marie added the title of National Training Director to her growing list of responsibilities. The post of Executive Vice President soon followed, and in the fall of 2005 she took over the reins as President. In February of 2008 Kim Marie became the new owner of LeTip. And Ken Peterson, knowing he had finally found the perfect person to steward the LeTip legacy, could now hit the golf course every day.

Kim Marie is known for her commitment to building relationships and her inspiring, collaborative style. “Bringing people together just makes me happy,” she said. “LeTip is really a way of life for me.”

Kim Marie is a graduate of Reedley College and attended Fresno State University. Prior to joining the LeTip organization she spent nearly twenty-five years in the banking industry, culminating with a proven track record in mergers & acquisitions and new business development. Those years of hard work honed her business and analytical skills and have proven invaluable in her LeTip endeavors.