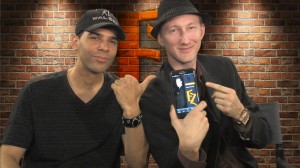 Walser was born in Lausanne, Switzerland to a Liechtensteinian mother and African father. He later became a radio personality in Liechtenstein at Radio Liechtenstein, then toured worldwide as a DJ. Following his work on radio, Walser was asked to join German Eurodance group Fun Factory following the departure of member Toni Cottura.

Walser later wrote the book Musicians Make It Big: An Insider Reveals the Secret Path to Break in Today’s Music Industry and founded the record label Cut the Bull Entertainment, based in Hollywood. He also hosts the weekly syndicated radio show Al Walser’s Weekly Top 20. In 2008, his debut album Heart Breaker was released. Walser released the single “Living Your Dream” in collaboration with American singer Jermaine Jackson in 2009. He released the song “I Can’t Live Without You” in August 2012, and it was later controversially nominated for Best Dance Recording at the 55th Grammy Awards.