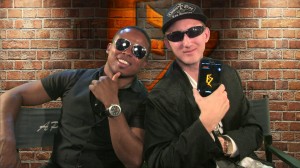 Walter is an actor, dancer and singer. Walter is internationally known for his creation of the character Zach The Black Ranger from the Children’s Action Adventure Phenomenon “The Mighty Morphin Power Rangers”. He has been featured as a series regular or guest star in over 150 episodes of various shows and has been featured in several films. Some of his credits include: The Golden Globe and Emmy Award winning police drama “The Shield” , the top-rated series drama “CSI”, the long running comedy hit “Moesha. Walter works regularly as a voice actor lending his voice to radio television, film and video games. Walter’s recent voice over acting jobs includes work on Step up, Divergent, and Annie. Walter resides in Los Angeles, California and spends his free time salsa dancing, camping, scuba diving, snowboarding, and traveling. 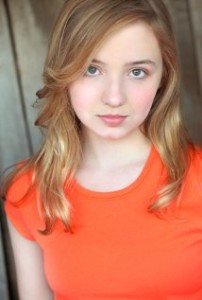 The EZ Show with Kayley Stallings

14yr old singer/songwriter Kayley Stalling started her singing career playing Cindy Lou Who in the Grinch Who Stole Christmas at the Pantages Theatre. She is an actress and also plays guitar and piano. She has played at many great venues including The Whiskey A Go-go, The Joint, and The House of Blues. Right now she is working on her first album with all original songs. She performs solo, as well as with a professional band. 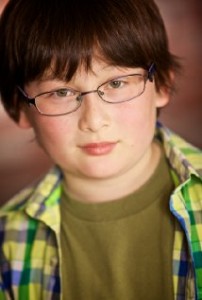 Matthew Jacob Wayne is a vibrant, fun-loving, extremely bright, funny and talented young actor. His genuine love of acting is evident in his performances and his knack for making people ‘like him’, makes him a welcome member of any cast, on any set. The son of an Asian mother and Caucasian father, Matthew leans way toward the Caucasian side in looks, but has the discipline and work ethic relative to his mother’s culture. However, dad, is the comic relief in the family and Matthew has certainly ‘picked up on that trait as well’!! Matthew wears glasses, but can work with, or without them on and loves to be the prankster on set, always getting a laugh and keeping the cast and crew in good spirits! He is extremely well liked on every project he’s been involved in and very proud of that fact. At age 10, Matthew has won his first, of what may be many, BEST ACTOR Awards, at the 9th Annual Omni Youth Music & Actor Awards, at the Grammy Museum’s Clive Davis Theater at LA LIVE, in downtown Los Angeles, on June 24, 2012. He is also a past nominee, for a Best Actor Award, at the Young Artist Awards, two years ago, when he was just 8.

One Response to “The EZ Show with Actors Walter E. Jones (Power Rangers) and Matthew Jacob Wayne with Singer Kayley Stallings and The EZ Way Angels”