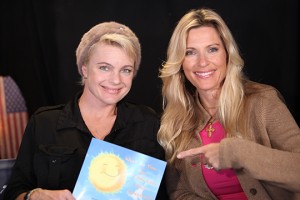 Erika Maya Eleniak was born on September 29, 1969 in the Los Angeles suburb of Glendale, California. She is the eldest daughter in a family of four girls and one boy. Erika began her acting career at the age of 10, starring in numerous productions for television, film, commercials and theater. Her first film role was in the science fiction blockbuster E.T. the Extra-Terrestrial (1982), by Steven Spielberg. Her film credit given was “Pretty Girl”. Erika was spotted by a talent scout working for Steven Spielberg in a performer’s audition showcase. Erika’s mother was very determined for Erika to have a normal childhood and finish school, so Erika worked a couple of jobs a year throughout childhood and adolescence, until after graduating high school.

It was directly after this, that Erika joined the original cast of the television series Baywatch (1989) and stayed there for the first two years. Erika decided to leave the series after it changed direction. She wanted to venture out into other avenues and so began a successful film career. Erika starred in such films as Under Siege (1992), The Beverly Hillbillies (1993), Chasers (1994), A Pyromaniac’s Love Story (1995), Bordello of Blood (1996), among many others. Erika did a film called Snowbound (2001) in Calgary, Alberta, Canada, where she met and fell in love with Roch Daigle, a film technician. While Erika lived in Calgary, she did many independent films and cable movies, including some for Lifetime.

Erika has dual citizenship with the United States and Canada. After six years, she and Roch split up and Erika moved back home to the United States with Indyanna. Erika has come home to be with her family and surround her young daughter, Indyanna, with loved ones. Erika resides in the Greater Los Angeles area and is working very hard on her career. She is more focused and ready to work than ever before. Erika’s latest work includes a guest-starring role on CSI: Miami (2002), which aired in October 2010 and a guest-starring role, rumored to be reoccurring, on Desperate Housewives (2004), which aired in November 2010.

Erika Eleniak is the author of the children’s book: What Do You Do, If You Lose Your Lalabaloo?
G-d in Hollywood Hosts
The hosts of G-d in Hollywood, Todd Coconato and Brenda Epperson, are on a mission! A mission to stand for what is right and positive-IN HOLLYWOOD! Todd Coconato is a Speaking Pastor and Worship Director who preaches a powerful message of true healing. Todd is a radio talk show host that is dedicated to his cause of informing and equipping the those who have the same passion to be a light in the darkness. Brenda is a singer and an actress (best know for her 8 years as a lead on The Young and the Restless) and a wife and a mommy, one of the founders of Women’s Ascend, and she has God & music in her soul. Both believe that GOD is up to something good in Hollywood!