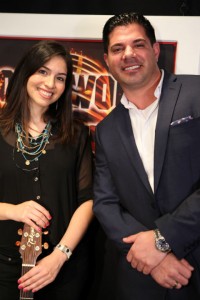 Hollywood Alive on G-d in Hollywood with singer Nicole Garcia

Nicole Garcia is a Christian singer and songwriter. At 23 years, Nicole released her first album, “Only You.” She is fully dedicated to music and worship as she glorifies God.

Nicole was born on March 8th of 1989 in Los Angeles, California. She grew up going to evangelical churches in Los Angeles along with her family. Having a Honduran nationality, Nicole’s parents attended mostly Spanish churches to expose and preserve their language and culture. At 14 years old, she started to sing on her church’s worship team whicheventually became her ultimate passion. As an active worship member, Nicole was encouraged to write original songs which led her to discover another passion: songwriting.

Since then, the Lord has been opening many doors for Nicole to use her musical gifts locally as well as other countries like Costa Rica and the Philippines. 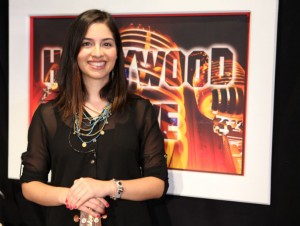 In the year 2011, Nicole enrolled in a Music and Worship internship program at In His Presence Church. She graduated two years later with a 4.0 GPA. A few months after graduating, Nicole released her first music album, “Only You.” Dedicated to her music career, she continues to travel among local churches to minister to people of all ages, in English as well as in Spanish. Nicole proceeds developing her God-given gift as asongwriter, seeking inspiration from the profound love of Jesus. She is currently working on her first Spanish album, “Te Seguire.”

Presently, Nicole is an active worship leader at La Iglesia El Camino, the Spanish congregation of the Church on the Way in Van Nuys, California.

As a young worshipper, Nicole wants to be part of the world revival that is stirring up in her generation. Nicole is determined to spread the Gospel of Jesus to all creation through music, lifting up the name of Jesus and winning souls for the Kingdom of Heaven.
G-d in Hollywood Hosts
The hosts of G-d in Hollywood, Todd Coconato and Brenda Epperson, are on a mission! A mission to stand for what is right and positive-IN HOLLYWOOD! Todd Coconato is a Speaking Pastor and Worship Director who preaches a powerful message of true healing. Todd is a radio talk show host that is dedicated to his cause of informing and equipping the those who have the same passion to be a light in the darkness. Brenda is a singer and an actress (best know for her 8 years as a lead on The Young and the Restless) and a wife and a mommy, one of the founders of Women’s Ascend, and she has God & music in her soul. Both believe that GOD is up to something good in Hollywood!

Todd Coconato is a Speaking Pastor and Worship Director who preaches a powerful message of true healing.
Hollywood Alive Twitter

And heart felt appreciation to producer and entrepreneur Wolfgang Kovacek who was instrumental in the creation of G-d in Hollywood and Hollywood Alive on Actors Entertainment.