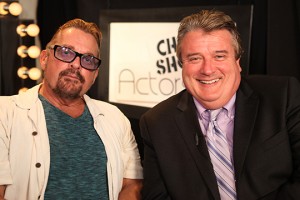 Marc Graue is an American voice actor and sound recording engineer who runs the Marc Graue Voiceover Studios, where the Fallout 2, Fallout: New Vegas and Fallout: Brotherhood of Steel voiceovers were recorded. He also voiced Davison, Keene and some of the generic super mutants in Fallout: New Vegas.

His prior work includes voicing Mr. Zurkon in the Ratchet & Clank games. Another popular role were the voices of Mario, Luigi, and Bowser in the infamous “Hotel Mario,” which has garnered widespread attention and has been translated into a slew of memes, mostly due to its critically derided cutscenes and gameplay.