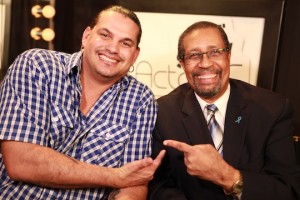 Dakota Black is a Native American Comedian and Actor known for his work on Bullet, Low Down, and Justified. Dakota also works and entertains for suicide prevention causes, particularly on the Indian Reservations and at colleges and universities.

This episode of ActorsE Chat was co-produced by Pepper Jay Productions LLC and Live Video Inc.