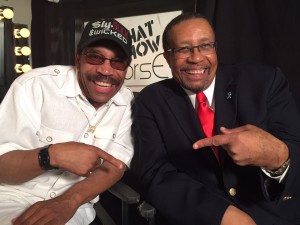 Though the song generated tremendous buzz, original member Madison Sexton left the group and was replaced by Terry Stubbs. Upon Stubbs joining the group, a follow-up single “It’s Not Easy” was released and prompted none other than the legendary James Brown to make contact. He offered them a chance to record for People Records, a subsidiary of Paramount that Brown was running at the time, and become part of his First Family of Soul.

Sly, Slick & Wicked’s next single “Sho ‘Nuff”, under the tutelage of Brown and co-producer Eddie Purrell, saw nationwide success to the point of landing them a spot on the iconic TV variety show Soul Train in 1973. In 1974, they moved to Shaker Records owned by powerhouse R & B group The O’Jays.

The single they released at Shaker, “Turn On Your Lovelight” generated enough momentum that Motown came knocking for them to join their roster of superstars. In 1976, they released their full-length album, Sly, Slick & Wicked. Though they toured extensively and had a huge following, they felt stifled at Motown, so they moved to Epic and released “All I Want Is You”.

Throughout the 80’s, 90’s and 2000’s, the group still performed, but their careers were mostly behind the scenes. Terry Stubbs produced songs for The O-Jays and John Wilson produced songs for Janet Jackson, Barry White and won the BMI Song of the Year for writing and producing “Suit & Tie for Pop artist Justin Timberlake.

John Wilson is still writing and producing music. Another passion of John’s includes being a long-standing member of the “Truth in Music Act” committee along with John “Bowzer” Bauman of Sha Na Na and Mary Wilson of the legendary Supremes. He is also an active member of the Doo-Wop Committee. 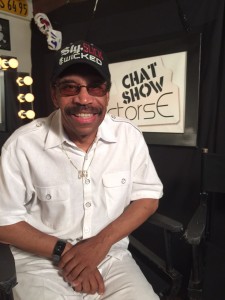 The Credits for John Wilson seem endless. They include 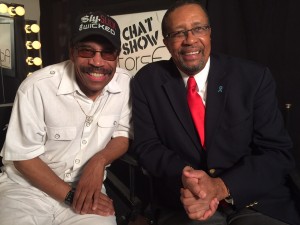 Sly Slick and the Wicked