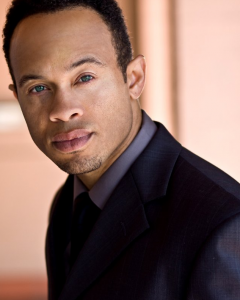 Kiko Ellsworth established himself in television for over a decade first debuting as the ever so challenged Jamal Woods on the ABC daytime drama, Port Charles for over 3 years. Since then he has moved into prime-time, with shows such as Dexter, Heroes, Without A Trace, CSI: Miami and Crossing Jordan, to name a few. He also made his silver screen debut with the international blockbuster hit Bad Boys 2 starring alongside Will Smith and Martin Lawrence as their indomitable gun slinging nemesis which continues to lead to many more feature film credits.

In 2011 you will also see Kiko Ellsworth in the film version of the popular video game Tekken, as “Denslow”, the man who can get you anything your heart desires for the right price.

ActorsE is a live chat show on Actors Entertainment, a site on the Actors Podcast Network, a Pepper Jay Production