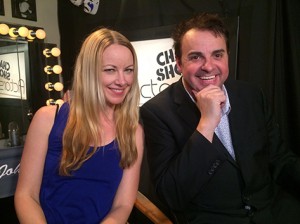 Sarah Lynn Dawson is a British actress and filmmaker who trained at New York’s Lee Strasberg Institute of Film and Television.

She was born in the Lake District in England and she spent a large part of her childhood growing up in Qatar, in the Middle East where she started acting at the age of seven when she was cast in a community theatre show.

Some of her favorite stage roles are Viola from Twelfth Night and Nora from A Doll’s House and she loves working in both stage and film.

She worked in theatre throughout her school years. After studying Sociology at the University of Leeds, Sarah realized her future career lay in the performing arts and and she studied acting at The Lee Strasberg Institute of Film and Television in New York, on their two year conservatory program. After doing some independent film work, she was cast in a play ‘Reality TV’ directed by Jim Tommaney.

She then made her Off-Broadway debut in the Manhattan Repertory Theater’s production of ‘Men’ directed by Ken Wolfe, quickly followed by another Off-Broadway appearance in the showcase ‘Conflict’, at The Producers Club. Sarah has appeared in several award-winning features and is a member of BAFTA.

She also believes strongly in giving back – she created the website Help Global about helping the environment.

ActorsE Chat is a Live Chat Show on Actors Entertainment, a channel on the Actors Podcast Network, a Pepper Jay Productions LLC, with PR-Marketing-Sales by Live Video Inc..

This episode of ActorsE Chat was co-produced by Pepper Jay Productions LLC and Live Video Inc.