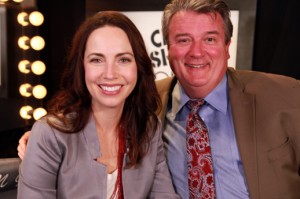 Actress and Voice-Over Actress, Laurel Harris recently appeared in the TV Movie, Saige Paints the Sky, and in the documentary, Creep!