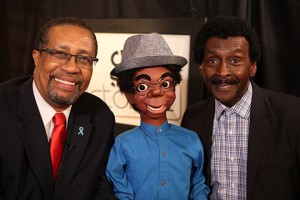 Willie Tyler is an American ventriloquist, comedian and actor. Most of the time, he is credited as Willie Tyler and Lester or Willie Tyler & Lester. He has appeared in many television commercials, sitcoms, and movies. He got his first big break in 1972 on Rowan & Martin’s Laugh-In.

Tyler was born in Red Level, Alabama, and raised in South East Detroit, Michigan. He attended Detroit’s Northeastern High School in the late 1950s. He is the father of Tarince Tyler and actor Cory Tyler.