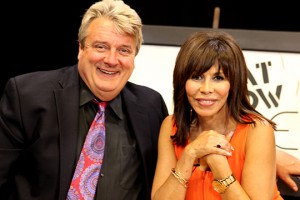 Laura Diaz is one of the most familiar and honored journalists in Southern California. For more than two decades, she has anchored, reported and produced for several flagship Los Angeles stations. She is a 14-time Emmy Award Winner. She currently anchors the evening newscast on Studio 11 LA.

After graduating from Cal Poly with a Bachelor of Arts in English, Diaz worked as a reporter in San Luis Obispo and Fresno. Before long, however, she was hired at KABC in Southern California, one of the largest media markets in the nation. Her path took her from the Orange County Bureau, where she began as a reporter, to the highest-ranking position for an anchor at that station’s headquarters in Hollywood. In that role she made Southern California TV history as the first Mexican-American lead anchor of an English-language newscast.

After an impressive stint at KABC, Diaz moved to KCBS as lead anchor with a special emphasis on specials and mini documentaries. At KCBS, Laura received the L.A. Press Club’s highest honor, the Joseph M. Quinn Award for journalistic excellence and distinction. She and her team also took home the prestigious national Imagen Award for Best Local Information Program. Her special series on undercover ATF Agent Billy Queen, who penetrated a notorious motorcycle gang, earned her back-to-back honors, with a Golden Mike and a local Emmy. In 2006, KCBS posted first place in the ratings for the first time in more than thirty years, with Diaz and fellow teammates anchoring the centerpiece broadcast.

In 2012 Diaz moved on to KTTV, where she has anchored several newscasts on FOX 11 including Weekend Edition and Studio 11 LA.

She currently sits on the advisory board of “The Joyful Child Foundation,” started by children’s advocate Erin Runnion. She is also a member of the Pasadena Playhouse Diversity Committee.

Diaz was born in Santa Paula and raised in Santa Clarita. She graduated from William S. Hart High School before enrolling at Cal Poly.

In her spare time, Laura enjoys running, weight training, and rooting for the local sports teams the Dodgers, Lakers and Angels. 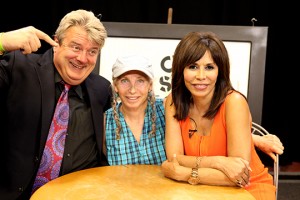 This segment of ActorsE Chat was co-produced by Pepper Jay and Kurt Kelly.