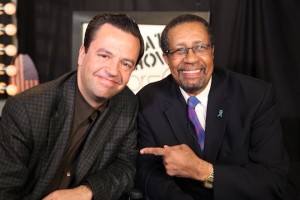 Director/writer Salvador Carrasco was born in Mexico City and now resides in Los Angeles. He graduated in 1991 with a degree in Film and Television from New York University’s Tisch School of the Arts, receiving the Founders Day Honors Award. At NYU he wrote and directed three award-winning short films: Alone with His Void, Marblood, and To Fall in Exile. In 1992 Carrasco and producer Alvaro Domingo co-founded Carrasco & Domingo Films, a film production company based in Mexico City and now also in Los Angeles. They also created the Spanish-language cultural magazine, Litoral, which published a wide range of international writers and artists.

Distributed in Mexico by 20th Century Fox, The Other Conquest (La otra conquista (1998)) became the highest-grossing Mexican film ever at the time of its release. During its run in Los Angeles, The Other Conquest had great box-office success and wide critical acclaim, becoming one of The Los Angeles Times’ Top 10 Films of 2000. LA Times’ critic Kevin Thomas wrote: “Dazzling, Stupendous, Daring! In his bravura feature debut, Carrasco has created nothing less than a superb cinematic vision.” Variety called The Other Conquest “the first 3 million dollar movie that looks like 30!” and in the words of Oscar-Watch’s Sasha Stone: “Carrasco ought to emerge as one of the world’s best directors, taking his place alongside such uncompromising giants as Martin Scorsese and Akira Kurosawa.”

Carrasco is currently developing Hollywood studio projects, among which he is attached to direct The Holy Road (the sequel of Dances with Wolves). He has also directed episodic television, including Nickelodeon’s hit series comedy, Brothers Garcia. As a writer, Carrasco’s essays and poems in both English and Spanish have been published in books, magazines, and newspapers, including The Los Angeles Times’ Calendar section and Book Review. His song-cycle Solamente Sola, written in collaboration with composer Samuel Zyman, has appeared twice on CDs (Island Records and Urtext), has been performed extensively by world-class sopranos (e.g., Ainhoa Arteta), and was described by Fanfare magazine as being “of a Spanish intensity reminiscent of [Spanish poet] García Lorca”.

Carrasco is the 2002 recipient of the Moseley Fellowship in Creative Writing at Pomona College. Deeply committed to education, he has taught film at the University of Southern California and he was the Advanced Directing Court Director at the Los Angeles Film School from 2003 – 2010.

Salvador Carrasco is married to English violinist and music supervisor Andrea Sanderson, and they live together in Santa Monica, California with their talented two sons and daughter: Juan-Salvador, Sebastian, and Cassandra.