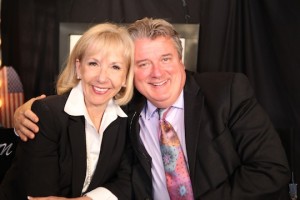 Pat Patterson is an award-winning producer and actor. She is the founder and president of Pate Productions (www.pateproductions.com), a producer of independent shorts, features, new media and Off-Broadway theatre. In 1992, she formed Fleetwood Stage in New Rochelle, N. Y., which had an 11-season run producing four main stage productions per year, along with children’s theatre and Shakespeare in the Park. As a member of the Board of New York’s acclaimed T. Schreiber Studio, she spearheaded the creation of the studio’s first year-long conservatory. While living in LA, she served on the Board of the Blank Theatre Company, which was founded by Noah Wyle. Her most recent projects include having produced and appeared in the award-winning short film, “A Younger Man,” which played the 2012 Festival Circuit and has been used to train staff at the Hospice of the Chesapeake; and the award-winning feature film “Junction,” which has won 17 major festival awards, was named as one of Indiewire’s “Top 5 Best First Features,” and stars Michael O’Keefe, Anthony Rapp, and David Zayas. Her upcoming projects include the faith-based feature film, “Play Ball,” which has been adapted from a 2013 Kairos Award Winning screenplay; and the new media parody, “Encino SCI.” Pat is also a Consulting Producer on the feature, “Finding The Sweet Spot,” currently in development.

As an actress, Pat has graced the stage on Off Broadway and on LA’s Theatre Row. She has brought her talents to numerous TV and film projects, most recently “My Bakery in Brooklyn” starring Linda Lavin, which is currently in post-production; and “A Cry From Within,” a psychological thriller starring Cathy Moriarty, James McCaffrey and Eric Roberts,” which just had its theatrical release in NY. She is currently shooting the faith-based film “Gracia,” by the producers of the box office hit, “God’s Not Dead,” which is being shot in Baton Rouge, Louisiana.