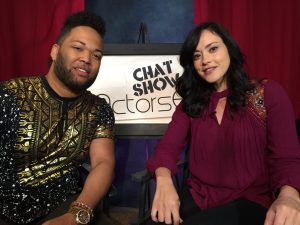 Don͛t be fooled by Cynthia Quiles͛s angelic appearance. She has the huge eyes, perfect nose, and bow lips of a Manga character, the steel trap mind of a chess master, and she can flip a perp twice her size without breaking a sweat. Say hello to your new DEA Undercover, NCIS Agent, Bourne Assassin, FBI Profiler, Chicago Fire Fighter, Navy Seal, Special Forces Officer, or NYPD Detective; Cynthia Quiles.

100% Latina and 100% American, born in Puerto Rico, raised in New Jersey and both Carolinas, she is book smart and full of heart. Not only was Cynthia her class Valedictorian, she went on to model in Miami, Germany and France, and even studied fashion design before focusing on her acting career.

An articulate martial artist, Cynthia has trained alongside LAPD; action runs through her veins. All of her research material is within arm͛s reach; ͞My husband isa police officer, my dad is a police officer; the tradition runs in the family.͟ The involved mom of a 4-year old, Cynthia craves physical activity. ͞I͛m the mom in the playground on the monkey bars, playing with the kids; I like to stay physically fit,͟ she laughs. Between playground workouts she practices Krav Maga, Israeli street fighting.

Clearly, you will feel safe with Cynthia around. However, she does not rely on her good looks and fit bod to book projects. Cynthia has solid acting chops. In addition to an extensive list of acting studies including Groundlings, Cynthia͛s three years of training at Beverly Hills Playhouse under Howie Deutschhave been ͞life changing.͟ She scene studies, her master class includes fellow thespians Harry Hamlin andDoris Roberts; ͞It͛s like the gym, you go to keep your muscles toned.͟

Cynthia has worked with director Spike Jonze and Kanye West on a short film; ͞We Were Once a Fairytale͟. Auditioned by Jonze personally at the casting, Cynthia nailed it. ͞Being cast by Spike kept the motor running͟, she remembers.

She has also worked on Entourage with Kevin Dillon, and guest starred on 90210 and iCarly. Cynthia recently auditioned for Jane the Virgin, a new Bruce Willis movie, Badlands, Banshee, and Scorpion.

Confident and prepared with great memorization skills, Cynthia is immune to the uncertainty of the business; ͞I͛m super passionate and intense in a good way; I come in now as the fully realized character.͟ Reading for roles opposite big stars is becoming more frequent for Cynthia; it͛s just a matter of time before she becomes as big as they are. ͞I celebrate every victory, every call-back; I call it booking the room.͟

Quiles has led in nine indie films; she shines in darker roles that make good use of her intense, passionate persona. She admires Gina and Michelle Rodriguez, Angelina Jolie, and covets the strong roles they inhabit. ͞I͛m not the victim type.͟ Cynthia is͚that close͛ to her dream role: an intense piece that she can sink her perfect teeth into.

Allow her to surprise you from her location outside of the box. Quiles relishes in the physical character roles that demand both emotional range and extreme fitness. Cast her and the rest is easy. Cynthia Quiles is now accepting auditions. Bio written by Judi Jordan 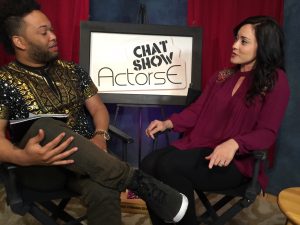 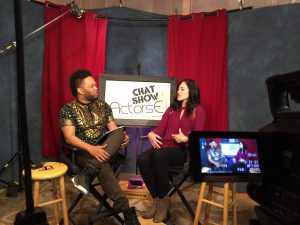