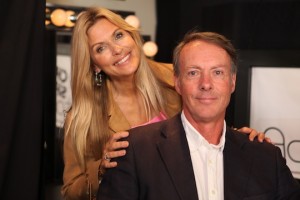 British actor, writer and Producer based in L.A. John’s route into acting and writing was somewhat unconventional. From 1974-1987, he was in the British Merchant Navy (Qualified Ships Captain). From 1988-2006, he was in the City of London, marine insurance, claims and law. Latterly Vice President for a major international shipping company (and occasional delegate to the United Nations.) In 2006, he took an intensive post graduate course in drama with The Actors Company, at the London Centre for Theatre Studies and became a professional actor and writer. In 2011, he moved to Los Angeles.

Also, John is the brother of author Robert Mawson whose 1998 novel was made into the film The Lazarus Child (2005).

ActorsE Chat is a Live Chat Show on Actors Entertainment, a channel on the Actors Podcast Network, and ActorsE Chat is produced by Pepper Jay Productions LLC, with PR-Marketing-Sales by Live Video Inc.