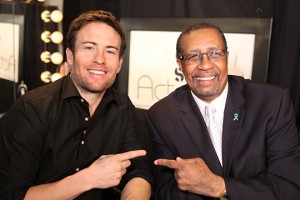 For as long as he can remember, Richard Ryan sensed has that he possesses special qualities when it comes to certain key aspects of his life, most notably his business sense, creative flair and athletic abilities. These qualities, combined with his innate leadership and unbound determination, have enabled him to start his own movie production company, Ox Films at 23 and then go on to produce and direct sixteen films by the time he was 27. It is then where Richard decided to attend The Art Institute of California in Sacramento, majoring in Film. He wanted to “learn the fundamentals and structure of film making, and follow a curriculum to increase his understanding and knowledge of the craft.” It all began when Richard started acting at the age of 15, while attending the art driven High School Sacramento Waldorf School. He later transferred back to the public school system and graduated from Oak Ridge High School. From there he went to American River College and majored in Theater and Film, only to discover that he needed to be in Los Angeles. At 21 he packed his bags and made the six hour drive to Los Angeles where he immediately started acting, making movies, and figuring out the business. Running Ox Films, acting, directing, producing, and managing all aspects of the business has enabled Richard to combine his business sense, creativity, and athletics into a successful operation today. But all his dedication to work has not detracted from his devotion to his family, which for this native of El Dorado Hills, CA includes his father Joseph, his mother Peggie and his sister Julie.