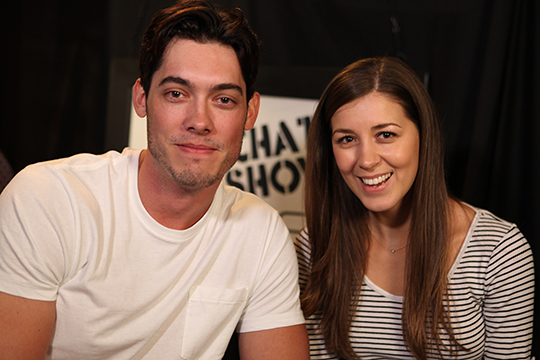 Matthew is currently based out of both Beijing and Los Angeles. He had the unique opportunity to be the recipient of a Chinese Government Scholarship to be the first Caucasian to ever study acting at Beijing Film Academy. Matthew was most recently featured in the movie TIME TO SHOW which hit theaters all over China in May of 2013. In 2014 he finished filming the LEAD role for the Chinese TV Miniseries EASTERN BATTLEFIELD. He also plays a supporting role in the Hollywood movie VIKINGDOM, which hit screens in the USA on October 4th, 2013. He also just finished filming as the LEADING MALE for the independent Hong Kong film TRANSMIGRATION.

Matthew was born in South Carolina where he grew up loving the theatre and cinema. Throughout his childhood he acted in several plays and musicals, and never lost his passion for film even while studying at Clemson University where he graduated in 2008 with a BS in Civil Engineering while lettering for the Division 1 Varsity Football team. After graduation Matthew wanted to “give back” so he raised money and moved to arguably the poorest part of rural China for two years where he became a volunteer teacher for the local children.

Matthew’s career in the entertainment industry began when he moved to Singapore and signed with Phantom Talent. Shortly thereafter, Acting, TV Hosting and Modeling opportunities meant that Matthew would be called to Philippines, Malaysia, and eventually back to China.

After a brief taste of Hollywood filming in the Hollywood/KRU studios co-production film VIKINGDOM, Matthew returned to China where he signed as an artiste with perhaps the most influential agency in Western China. Utilizing his prior experience and fluency of Mandarin Chinese he successfully became a personality known mostly for his acting, hosting and appearances in more than 100 television shows and TV series across China. Because of his fluency in both Chinese and English, Matthew is currently one of the most popular foreign hosts in Western China.

Matthew lived in Chengdu, Sichuan for 2 years where he hosted the weekly travel and news TV show THIS IS CHENGDU all the while honing his acting skills by taking part in a large range of movies, short films, TV series, advertisements and other entertainment ventures.

Matthew was eventually awarded a Chinese government scholarship to be the first non-asian to study acting at Beijing Film Academy. He is known for his roles in the Chinese TV Series DENG XIAO PING, RED SORGHUM, AND EASTERN BATTLEFIELD.