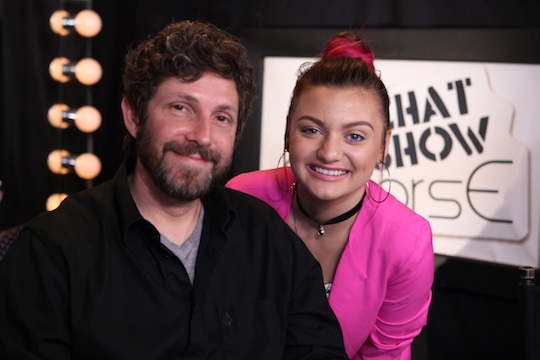 Matthew Solomon was born and raised on the mean streets of West Hollywood, California, where he attended Fairfax High School and majored in “Sneaking Off To Canter’s For Lunch.”

He then attended the University of Southern California School of Music on a Studio/Jazz Guitar scholarship and began his journey in the music biz. Matthew played guitar and bass in several local bands, most-notably Abbey Booth, who achieved much local notoriety. He eventually crossed over into acting while performing in music videos for: Alanis Morissette, The Crystal Method and more, and eventually landed roles on: *Las Vegas*, *The Shield* and several episodes of NBC’s *American Dreams*. Most recently, Matthew landed a Series-Regular role on *The Zoo *and has appeared in several viral videos for Funny-Or-Die.

Ever the creative over-achiever, Matthew stepped into film-making in 2009 with the award-winning short-film *Kung Fu Man*, which he wrote and starred in and is currently developing the web-series *Happy Clam. He is also a contributor for Geek Speak TV, the Director of the award-winning web-series Booked It!” and *Writer and Director of his ground-breaking, first feature
film, *Chatter, *winner of Best Experimental Feature at the* LA Thriller Film Festival.*