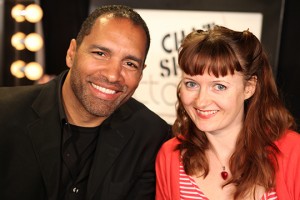 Originally from Willingboro, New Jersey, performing has always been in the forefront of Patrick’s interests. He began his career with his first love: music, playing the bass guitar in several bands before graduating from Cinnaminson High School. Patrick also loved to perform on the field he is a talented athlete and attended Boston University on a football scholarship where he majored in Physical Therapy. After graduating from college, Patrick moved to San Francisco and quickly was employed as a Physical Therapist. Under the influence of his roommates, and the love of performing, Patrick soon began his acting career in local theaters, commercials and print advertisements. He loved the idea of bringing characters to life and decided to move to Los Angeles to seriously pursue his new passion. Since then, Patrick has acquired notable film and television credits like: Walk Hard, Teenage Bank Heist, “The Office,” “Southland,” “Hot in Cleveland,” and “Cougar Town.” Patrick Faucette “break through role” was in OWN’s highest rated drama “The Have’s and the Have Nots.” Written and directed by Tyler Perry; Patrick plays the role of Tony Watson, the long lost father of Benny Young (Tyler Lepley). His character creates quite a stir in the lives of the “have nots” with his renewed interest in the life of his son.