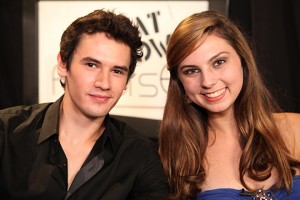 Known for playing Cole on MTV’s “Awkward”, Monty began acting at a young age. While in high school he would travel to New York for the summers to attend classes at the New York Film Academy. This was closely followed by a permanent move so he could study at New York University. While in school he worked numerous features films and shot multiple commercials.

Furthermore, he is an avid comedian. He has studied improv for years at UCB, and is a regular in the stand up circuit. His sketch group online has over a million views, and has been picked up by MSN to make original pilots. He has also placed in national stand up, improv, and sketch competitions; and has written for shows such as “Late Night With Jimmy Fallon”, “Comedy Central Roast”, and “College Humor”.

After graduating college he moved out to LA where he is already booking multiple roles in feature films and television. He is also a regular performer at iO West and many other comedy clubs.