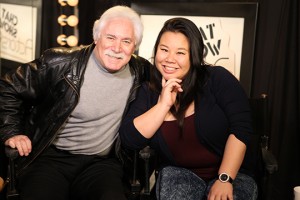 Brian St. August is a character actor with a wide range of looks, accents and effects as well as TV, movies and commercial work, including PSA’s. In films, he is known for Reunion (2010), The Fixer: The Power of Balance (2011) and Runner (2010).

Brian also does medical acting for Johns Hopkins, University of Maryland Schools of Nursing, Medicine and Pharmacy and the Medstar Hospital System.

Brian St. August Trivia:
Attributes his songwriting and acting interests to an attraction to Hayley Mills when he was 13 years old. He originally saw her in the movie, “The Parent Trap”.
Received his undergraduate degree from Towson State College, now Towson University and is enrolled in a Masters program in Psychology with California Coast University.
His first movie role was as Sheriff Jeff Lynch in the movie, “Harvester”, in which his daughter Jaime was one of the lead actors.
Was a professional singer/songwriter (BMI) for many years and released two CDs as Three Down Dave: “Legacy” and “Heroes on a Hostile Planet”. He wrote all of the songs on his CDs.
Composed the Alma Mater of Catonsville Community College, now Community College of Baltimore County.
Brian trained for five weeks of Cowboy Bootcamp in order to ride horseback well enough to perform his principal role as Colonel John Cussons in the movie, “One-Eyed Horse”. He has continued riding ever since.
Brian survived open heart, double bypass, surgery at Johns Hopkins Hospital on October 4, 1999. Though physically challenging, Brian credits this as the moment that changed his life and delivered him to the public as both a singer/songwriter and as an actor. He credits Meryl Streep and Albert Brooks’ movie, “Defending Your Life” as the catharsis for his change.