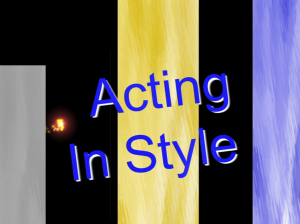 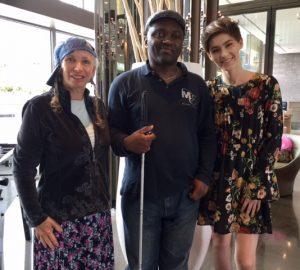 In Paris, France, for Paris Appreciation Awards, Katelyn Haynes interviews an amazing and resilient blind fashion designer, Mason Ewing. who, left for dead after being blinded, tortured, and enslaved for 8 years by his aunt and uncle, now reaches for his dreams.

Mason Ewing was born in Cameroon and, for 6 years, lived a happy life with his Cameroonian and American parents. Mason’s Mother made dresses and Mason was intrigued. Unfortunately, when Mason’s parents died, Mason was sent to live in France with his Aunt and Uncle.

On July 8, 2017, Mason Ewing was honored at the Eiffel Tower at the Paris Appreciation Awards and Fashion Show. A couple of days later, Mason sat down with Acting in Style Host, Katelyn Haynes, and Mason’s brother and translator, Mylin Ewing.

Acting in Style airs on Actors Entertainment, a channel on the Actors Podcast Network, a Pepper Jay Production.