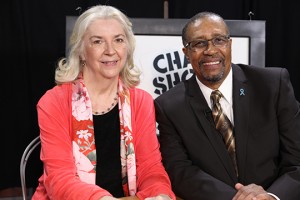 She then went free-lance and worked for 35 years on features, TV, music videos, commercials, documentaries, corporate and military films, games, and web series in Hollywood and around the world. As a producer-director she has been in casting sessions for all kinds of productions.

Pamela created the classes “Acting from the Chakras/Inner Drives” and “How to use the 5 ArchePaths for Auditions, Performances, and Personal Growth”. She has taught actors and directors at RAI-TV, Rome; National Film School of Denmark, Thot Fiction, Marseille; USC Film School; The Studio’s Film Actors Training, and Jim Pasternak’s Directing Classes.

She is the Author of Inner Drives: Create Characters Using the Chakras, THE POWER OF THE DARK SIDE: Create Great Villains, SYMBOLS & IMAGES: The Secret Language of Meaning in Media,BEYOND THE HERO’S JOURNEY: Other Powerful Mythic Themes, and SHOW ME THE LOVE: All Kinds of Love for All Kinds of Stories. Pamela has co-written a guidebook for child actors with renowned talent manager, Michael Harrah and published by Birth2Work. She also writes fiction and has co-authored two books for children.

She is co-founder of Mythic Challenges, a teaching program bringing mythic tools to youth who then create videos that focus on the 15 Global Challenges identified by The Millennium Project affiliated with the United Nations University, the Smithsonian Institution, and other NGOs. The pilot program included team-schools in Los Angeles and Afghanistan. Mythic Challenges won the “Future Vision Award” from the Center for Conscious Creativity’s State of the Arts 2012. Pamela also co-founded the Alpha Babe Academy.

Think tank membership has included the Entertainment Industries Council, the Boeing Workforce Development Think Tank, and the U.S. Army Advanced Warfighting Working Group. She is Past President of the Pan Pacific S.E. Asia Women’s Association LA chapter; was a member of the China Exploration & Research Society; and is on the California Emergency Response Team.

Pamela is on the Board of Advisors for the LA Webfest, The Orpheus Project, and c3 Center for Conscious Creativity.

Various projects have taken Smith to the Arctic, the Andes, SE Asia, Europe, and New Zealand. She has filmed on the largest off-shore oil rig in the Gulf of Mexico, slept in grass huts and eaten guinea pig under Ecuador’s highest volcano, caught her own sushi in the Leyte Gulf, and rappelled into the jungles of Mindanao searching for lost WWII Japanese gold.

Pamela is an avid reader, drives classic cars, and enjoys opera. A dilettante approach to sports has included surfing, skiing, snorkeling, flying, go-cart & auto racing, and driving an off-shore oil rig and an Army tank — both under close supervision. 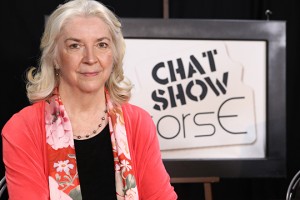